Challenging days it becomes clear that no team is stronger than its weakest link, but also that the whole becomes greater than the sum of its parts. Regardless of how you look at it, a rider can not remain at the top without a well-functioning team.

THIS IS OUR TEAM. THIS IS WHO WE ARE.

Norrehee Dressage Stable is owned and run by Charlotte and Rasmus Haid-Bondergaard at Kronekulla gård in the south of Sweden.

A complex context needs to have a brief description. At Kronekulla gård it is about engaging in dressage at the elite level, guiding dressage students to deeper knowledge in the art of riding and educating and selling dressage horses. Charlotte is the one that most frequently has appeared on the international Grand Prix arenas, first of all with Triviant and more recently with Roberto. Rasmus has recent years had more focus on the role as trainer, to be the man behind great achievements. Besides being the trainer of Charlotte there are several other talented riders among his pupils. But with the horses in the stable constantly developing, we will soon be seeing more of the rider Rasmus. Behind Charlotte and Rasmus is a hard-working team and a group of dedicated partners – without them nothing would be possible. 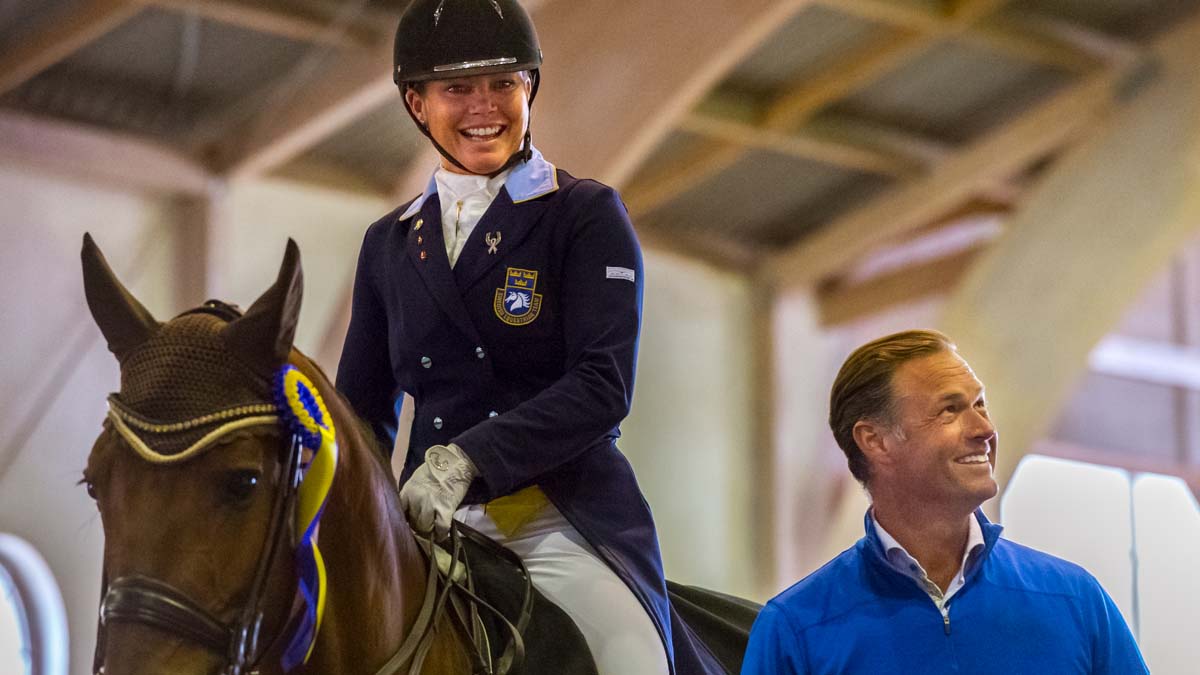 Charlotte is originally from Dalarna a region in the middle of Sweden. But after living many years in Germany she has settled down and made herself at home in the south part of Sweden, together with her family. Charlotte competes among the best dressage riders in Sweden, as well as on the international arenas. She has a riding instructor diploma from the ancient Swedish horse academy of Strömsholm. In addition she has been schooled for many years at Grönwohldhof under the legendary Herbert Rhebein. Nowadays Rasmus is her trainer, but she also participates regularly in trainings for Kyra Kyrklund.

The Danish accent is barely just there after living many years in Germany and Sweden. Rasmus left Denmark as a young man to work full time with horses in Germany, where he got his education first working as a rider for Jürgen Koschel and then Herbert Rehbein at Grönwohldhof. At Grönwohldhof he completed his training to Pferdewirtschaftsmeister and has since worked for and run stables that educate and sell dressage horses. He is the coach and trainer of his wife Charlotte as well as several other successful riders. At heart, he is, however, a rider and soon we will be seeing him more frequently not only riding younger horses, but also competing internationally. There are several promising horses in the stable.

Competitions are held indoors as well as outdoors, in beautiful as well as in not so pleasant weather, in front of big as well as small crowds, in really big venues as well as just commonplace, with generous floral decorations as well as none at all. Despite all that the dressage course always looks the same, with letters, boards and a set of judges. 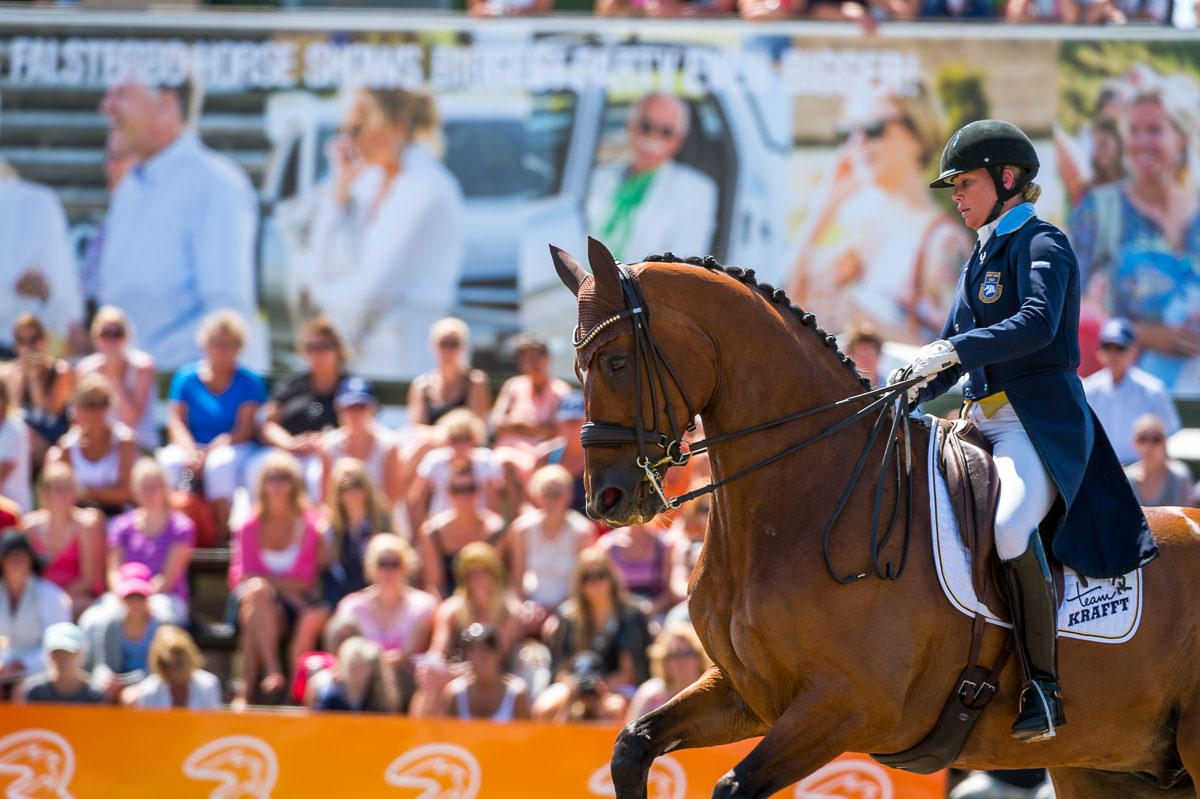 Magnificent, intelligent and clownish. He knows that he is the star of the team.

Triviant was born in Germany and was sold at the PSI auction at a young age. Charlotte saw him for the first time at the World Cup at Stockholm Globe Arena when she and Lydianus competed. Triviant, only 9 years old at the time, was ridden by his former rider Matthias Alexander Rath. Triviant made an impression. When Charlotte competed at the World Cup in Frankfurt Triviant became available for sale. Charlotte then took the opportunity to go and test ride him as he was only 20 minutes from the arena.
Triviant is large, 184 cm. In the Swedish television series ‘Ryttareliten’, Triviant became known as the horse that was always up to some trick. Although Charlotte at times almost gave up on him, Triviant is now fun to work with. He is a quick and eager learner, but you get nothing for free when you ride him. Every step has to be planned to eventually get inside his "armor". This is a bit of a key, but it's hard work, every day, to get there. 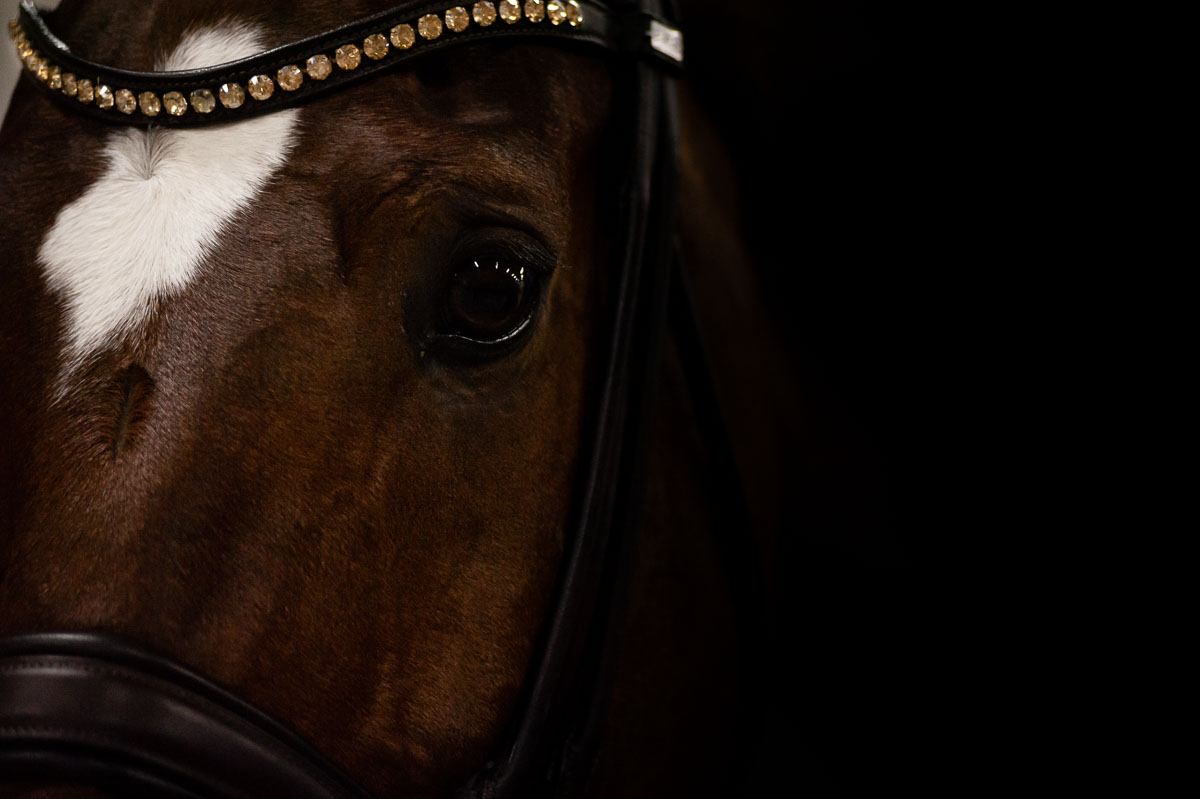 The important steps in educating a horse are taken during everyday riding. Sometimes it's a struggle, but for the most part, this work is filled with joy. We train and educate our horses but also get very much in return from them. Just spending time in the magic world of horses, makes you feel healed of nearly everything, which is particularly valuable those days when worldly obligations seem a little too big. 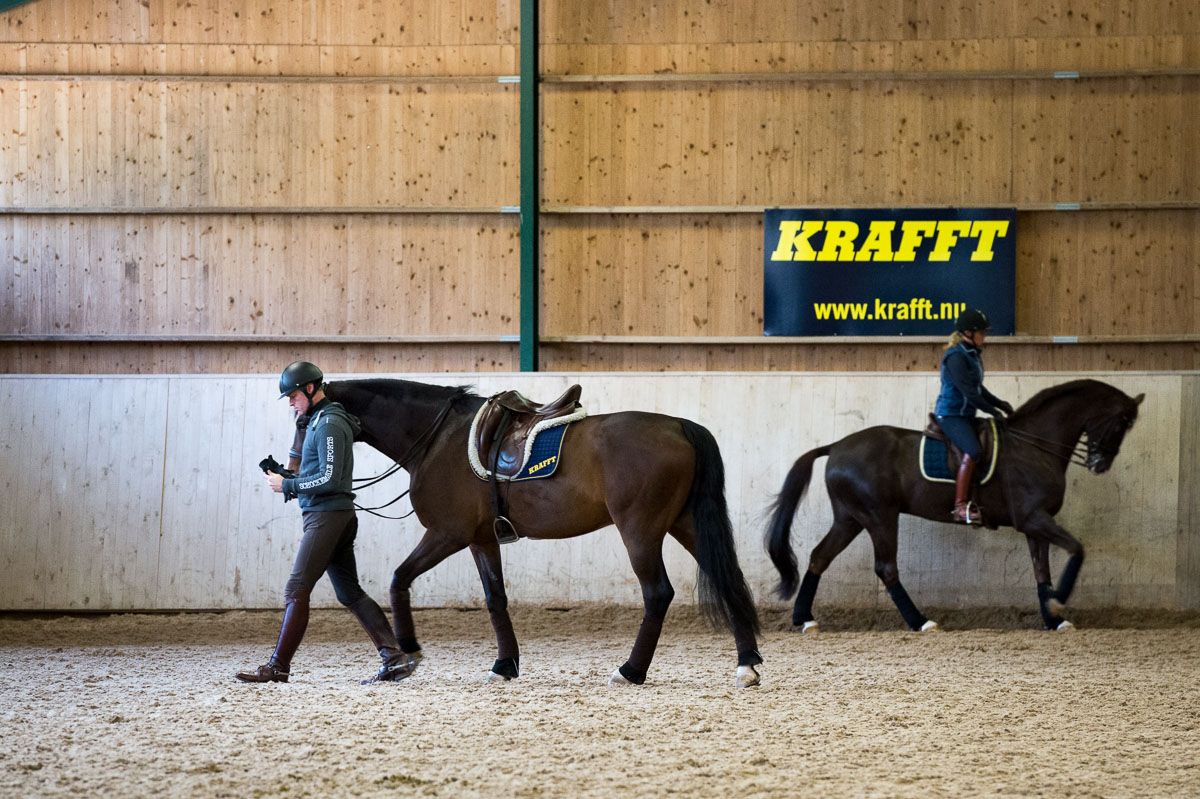 The twinkle dancing in his sparkling brown eyes makes you happy.

Roberto is a French lucitano sporthorse with a trainability out of the ordinary. Besides training he finds food to be the greatest joys in life. When he comes out in his pasture, he has the unique ability to roll around while eating at the same time. Like Triviant, Roberto is a quick and eager learner. He also looks playful which was one of those things Charlotte could not help liking the first time she saw him, it was his great rideability that made the biggest impression after all. Despite his young age he has already made his debut in the Grand Prix.

Roberto and I qualified for the finals in Lövsta Future Challenge in 2014 which were held at Friends Arena in Stockholm. We finished third. 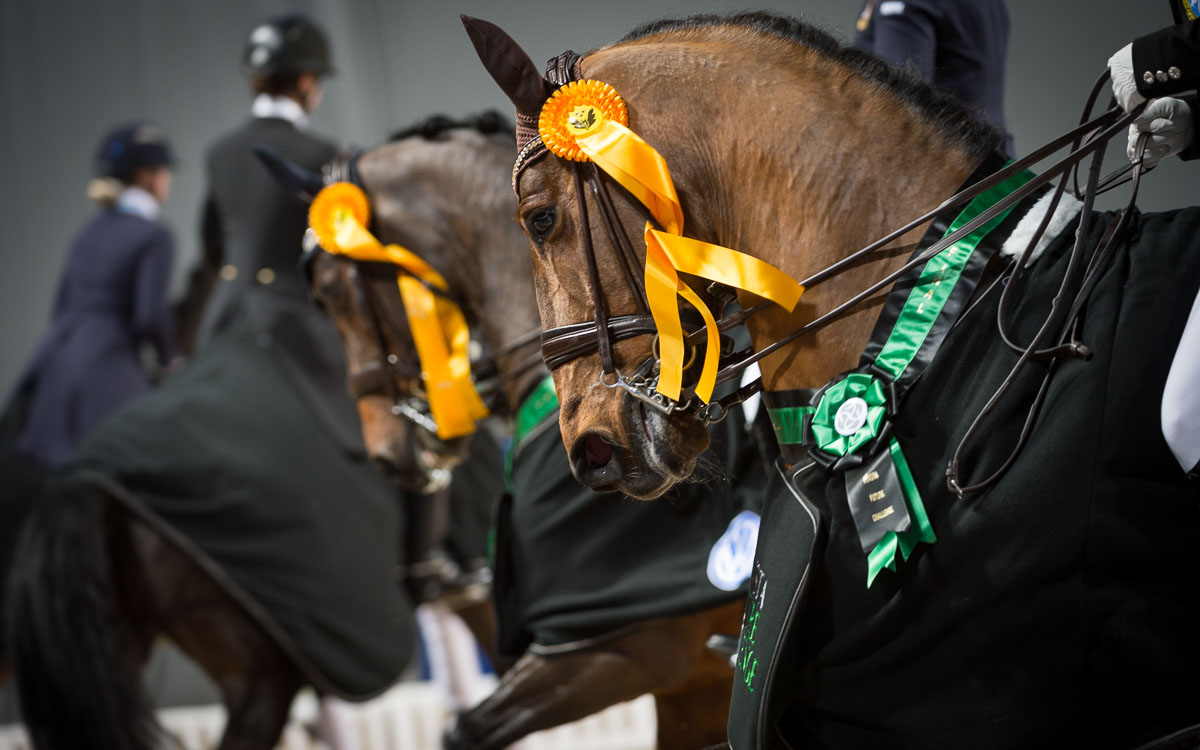 SOME MOMENTS FROM THAT COMPETITION

Finally we come to those who do all the things that at first glance is not noticeable in the lights of the big arenas, but still forms the foundation of everything we do.

The care of our horses is very much in the hands of our staff and the specialists we engage. The horses are fed five times a day, led in and out of their pastures, blankets are put on and taken off, they are groomed and saddled, looked after and taken care of, transported to trainings and competitions, getting new shoes and physiotherapy, plaited and “dressed up” for competitions. Even our facility needs a lot of care. To be able to perform our best on distant and near arenas, there are so many important tasks that have to be executed every single day. 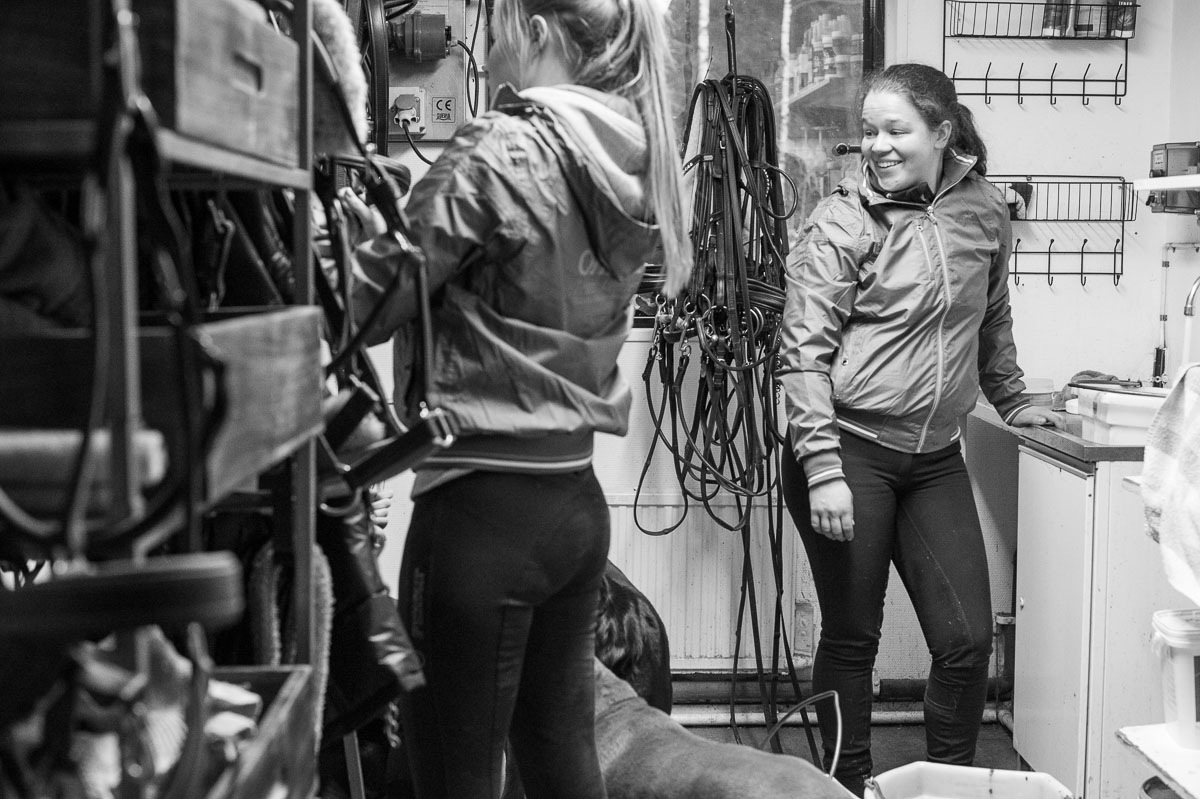 Lydianus has a special place in Charlotte's heart. Since early 2014 he is on the evergreen meadows and his urn is adorned with some of all the bows he won during his career. He was bought from the Holsteiner association in Germany when he was six years old to become Charlotte's future competition horse. His experience from competing was minimal, but when he was eleven years old, he made his GP-debut. Charlotte and Lydianus have achieved many great things together. They qualified to compete at the World Championships in Kentucky in 2010, but because of Lydianus’s sensitive stomach they had to cancel the trip at the last minute. Lydianus had the looks of a thoroughbred with a very noble aura. It was not easy to ride him, but a kinder and calmer horse to handle would be hard to find. He and Charlotte made it look easy to perform a Grand Prix program - that is how he will be remembered by the audience.

If you have not seen him before, take a closer look when buying feeding the next time - he adorns some packages from Krafft just as Charlotte and Rasmus do.

Krafft's "coverboy" is gorgeous Don Scudo. He was bought as a five-year-old gelding from Denmark and by eleven years old he made his debut in the GP. Compared to Triviant and Roberto, Don Scudo is a little late in developing, or it might be more about his way of learning. To move up in the Grand Prix at the age of 11 is normal and he has been in the breeders´ finals of 5-, 6- and 7-year olds at Flyinge, and also participated in the breeding classes at Falsterbo Horse Show. It just takes him a little longer to learn things, but once he understands, he can easily repeat it over and over.

It was windy, it rained, lots of people from lots of places came watching, I competed with Triviant, met great fans and signed autographs, hung out with friends and got the chance to ride a camel (according to the guy in the speaker with the most correct seat of the day). In between, the sun was shining, the emotions swung between euphoria and despair when Triviant did so well and I rode the wrong way, then on to a television interview and a newspaper-interview - just the whole mixture that sums up to Falsterbo Horse Show. Rasmus coached me and his other pupils that competed there. We had a wonderful and intense week in mid-July in Sweden's southernmost part.